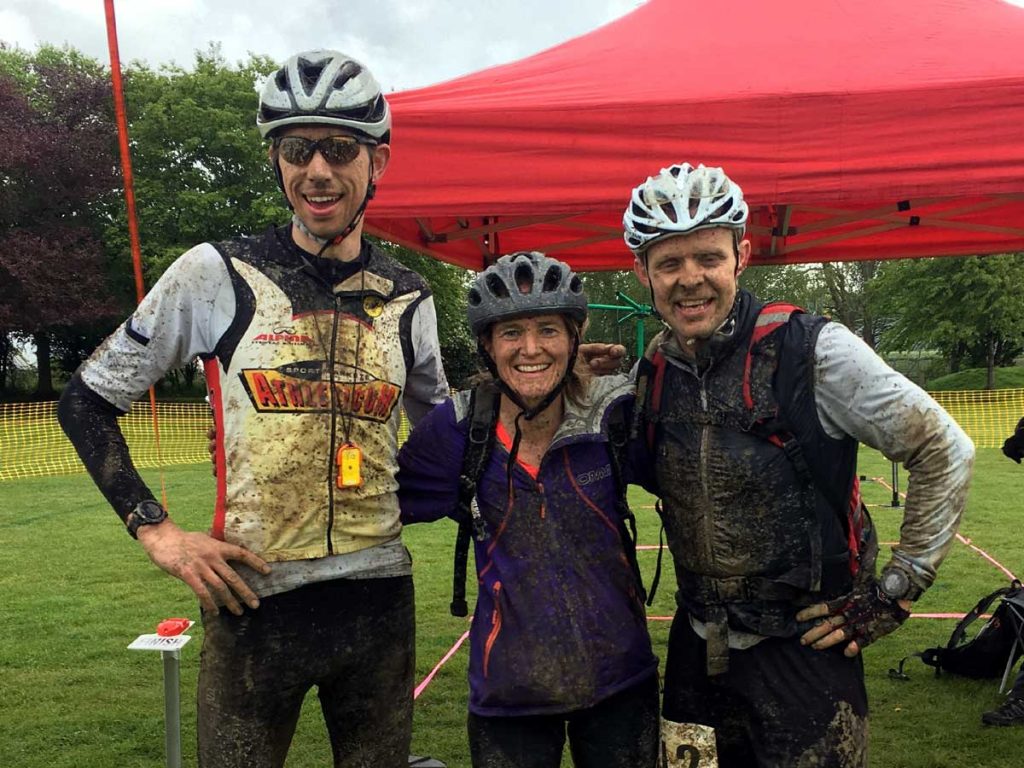 Over the coming days we’ll be reliving the 2021 Questars Adventure Series one race at a time. And we’ll be revealing the series scores and positions after each race. This will culminate with the announcement of the 2021 Series Champions at the end of the week.

First up, we rewind all the way back to mid May. This was a time when covid restrictions had been eased just enough for organised activities like adventure races to resume. But the weather – namely unseasonal heavy rain – had other ideas…

For the first time in Questars’ 20 year history, there was no kayaking as the River Avon was in flood and no craft were allowed on the river.

With the Masters race shortened by an hour as a result, and the saturated ground making progress slow going in places (remember that one notoriously muddy field which had been recently ploughed!?!?!), the scores from this race were significantly lower than normal.

Joseph Selby adjusted his route and plans to best suit the conditions on the day, to win the race with a score of 685 pts. He ran first, visiting all the run checkpoints in 2 hrs 41 mins to earn 380 pts, before transitioning to collect a further 305 pts (out of a possible 420 pts) mountain biking.

Tom Hards also ran first. He dropped one of the furthest run checkpoints in favour of spending a bit longer mountain biking. But Tom was a bit over ambitious on the bike given the ground conditions and ended up arriving back late to finish second overall on 675 pts.

Kevin Stephens finished just five points behind Tom with a score of 670 pts to take third place overall. Kevin also elected to run first, and he too cleared the run course, clocking a time 3 minutes faster than Joseph. However, like Tom, Kevin ran out of time whilst mountain biking and had to cut his route short in order to minimise his losses from exceeding the 5 hour time limit.

Clare Dallimore scored 635 pts – the highest by any woman – to finish 6th overall with mixed team mate Mark Ponsford. And with over 12 mins to spare at the end, they may well wonder if they could have visited one more checkpoint and scored even more! The pair chose to bike first, and visited all but one of the bike checkpoints to score 390 points on the mountain biking in 3 hrs 2 mins – a very fast time indeed given the muddy ground conditions!

The second highest score by a woman was 595 pts scored by Kath Sutherland, who competed in a mixed team together with Ian Evans and Ian Furlong. Running first, they visited all but the furthest run checkpoint to earn 345 pts from the trail run in 2 hrs 43 mins.

Sally Hay’s score of 585 pts with husband and mixed team partner Andrew Hay saw her finish as the third highest scoring woman overall. They too ran first, splitting their time evenly, spending almost two and a half hours on each discipline to score 295 pts on the run and 290 pts on the bike.

Congratulations to everyone that took part in the 2021 Cotswolds Adventure Race, and in particular the winners of each class who are listed below…

The scores from the 2021 Cotswolds Adventure Race have been converted into series points, with the overall race winner Joseph Selby receiving 1000 series points (see the full series scoring details here). Click on the button below to see the series scores and positions after this race.

No products in the basket.