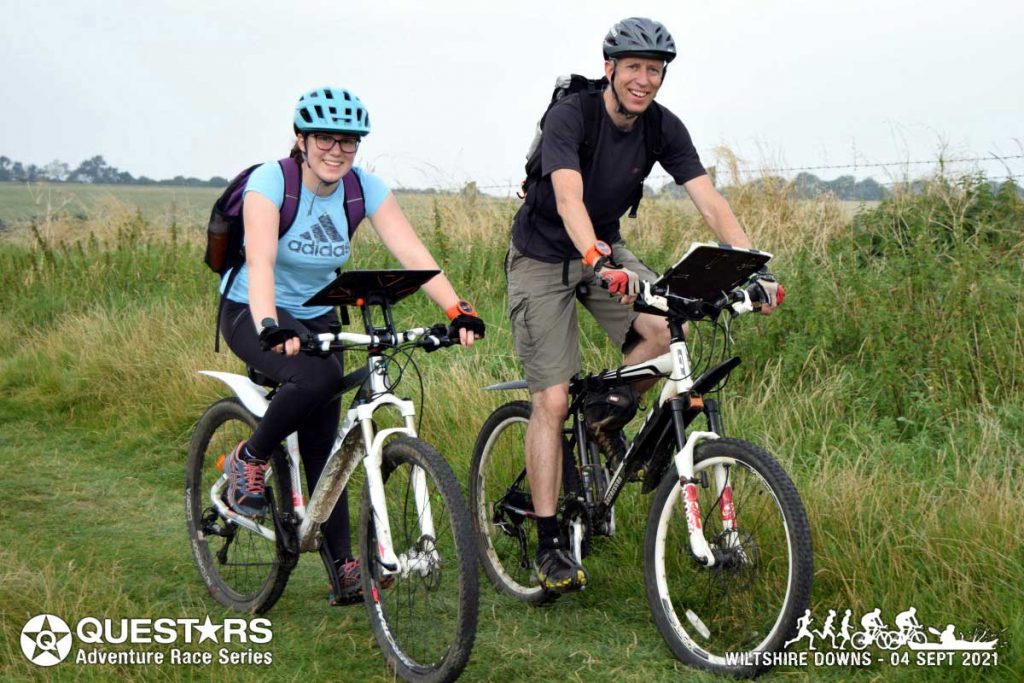 This week we are replaying the 2021 Questars Adventure Series one race at a time. And we’ll be revealing the series scores and positions after each race. This will culminate with the announcement of the 2021 Series Champions at the end of the week.

Today, it’s the turn of the third Questars Adventure Race of the year. This event took place in the Wiltshire Downs at the beginning of September.

This event took place from a different venue to the one that we have used in the past for the Wiltshire Downs adventure race, due to Covid restrictions. The result was a very different course which took participants to some lovely new parts of the Wiltshire countryside, including The Devils Den.

Conditions were ideal for adventure racing with a high layer of cloud prevailing for most of the day, breaking occasionally to let the sun through. It wasn’t too hot, nor too cold. And with no rain, little wind and excellent visibility up on the Downs, it made for some fast times.

Despite having to readjust his route choice which saw him lose time and drop one of the mountain bike checkpoints, Iain Porter produced an otherwise flawless display to visit every single other checkpoint in 6 hrs 1 min and 1 sec.

Carl Silver finished second overall, 35 pts behind Iain with a score of 930 pts. Unlike Iain, Carl did clear the mountain biking (440 pts), visiting all the mountain bike checkpoints in 2 hrs 49 mins (the same time as Iain spent on the bike). However, Carl misjudged his timings a little and didn’t have enough time to visit all the kayak checkpoints. He also dropped the two furthest run checkpoints to finish in 5 hrs 53 mins.

Hot on Carl’s heels was Tom Hards. Like Carl, Tom dropped the two furthest run checkpoints. And whilst Tom did clear the kayaking, he dropped the same bike checkpoint that Iain missed to finish third overall on 925 pts – just 5 pts less than Carl.

Helen Chapman dropped one or more checkpoints on each discipline but it proved an efficient strategy and she finished with the highest score of any woman. Helen earned 300 pts on the trail run, 140 pts on the kayak and 385 pts on the bike.

Helen’s total of 825 pts scored in 5 hrs 49 mins was 40 pts more than the second highest scoring woman. This honour went to Emma Gill who took part with mixed team partner Richard Gill. Together they concentrated on mountain biking and kayaking, visiting all but one of these checkpoints to earn 575 pts (out of a possible 600 pts). They earned a further 210 pts (out of 400) on the trail run to finish with a total of 785 pts in 5 hrs 53 mins.

A score of 760 pts in 5 hrs 53 mins by the mixed team of Karen & Andy Jones saw Karen finish as the third highest scoring woman overall.

Best in Each Discipline

Six teams visited all the mountain bike checkpoints. In doing so they cycled over 45 km with 800 m of ascent. Carl Silver was the highest placed finisher to do so in 2 hrs 49 mins.

And 20 teams scored the maximum 160 pts for the kayaking by clearing the kayaking course. Giles Davis & Jeff Grainger were the fastest to do so. Kayaking together as a men’s team they took 50 mins and 45 secs to paddle the 5.8 km circuit between all the kayak checkpoints.

Congratulations to everyone that took part in the 2021 Wiltshire Downs Adventure Race, and in particular the winners of each class who are listed below…

The scores from the 2021 Wiltshire Downs Adventure Race have been converted into series points, with the overall race winner Iain Porter receiving 1000 series points (see the full series scoring details here). Click on the button below to see the series scores and positions after this race.

No products in the basket.